Connective/AFG merger gets the go ahead

The proposed merger between aggregation groups Connective and Australia Finance Group has been given the green light to go ahead by the competition watchdog. 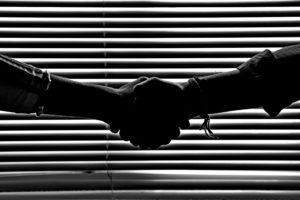 After several delays and ongoing consultation, the Australian Competition and Consumer Commission (ACCC) has today said that the proposed $120-million merger between AFG and Connective will not be opposed it.

The decision was initially scheduled for last month, but was delayed after AFG requested more time to argue its case for the merger following the ACCC’s preliminary concerns.

These largely focused on concerns that a merged entity would:

It seems that the concerns have now been assuaged, with the ACCC enabling the deal to go ahead.

The ACCC said it considered the acquisition’s potential impact on lenders, mortgage brokers and consumers.

ACCC Chair Rod Sims said: "Brokers play an important role for many consumers seeking a mortgage, and their services also allow individual lenders to access a wider group of potential consumers," it said, adding it would not oppose it.

“The proposed acquisition will create the largest mortgage aggregator in Australia. Our initial inquiries identified a number of preliminary concerns, as set out in our statement of issues in February.

“We have now completed a second round of inquiries. After our extensive public review of the acquisition and our consultation with a wide range of interested parties, we believe the combined AFG-Connective is likely to continue to face robust competition.”

While the ACCC found that AFG and Connective compete closely with one another, it said that other established aggregators, including "Finsure and the aggregators owned by the National Australia Bank", are likely to continue to provide strong competition.

“Mortgage brokers will still have a range of other aggregators, should they become dissatisfied with the combined AFG-Connective’s pricing or service. Lenders will likewise have a range of aggregators through which they can access potential consumers,” Mr Sims said.

ACCC added that the combined AFG-Connective is likely to have the incentive to retain lenders on their panel who are popular with consumers.

"More generally, aggregators have an incentive to maintain a broad and diverse panel of lenders to attract brokers," it suggested.

Mr Sims concluded: “Ultimately we found that a substantial lessening of competition was not likely.”

Photo by Savvas Stavrinos from Pexels